When the job you were hired to do changes without notice

I have blogged about this subject before and it never gets old because nothing ever changes. There are very ‘few training” programs for university administrators (academic or non-academic alike), most people are handed the job based upon seniority or ‘other’ reasons (you figure out the other). There has been a rise in the ‘professional’ administrator, but that is not the norm.
From the Chronicle of Higher Education today:
“When Domenick J. Pinto first became a department chair, more than 25 years ago, it was a different job than it is today”.
“Mr. Pinto, who still heads the department of computer science and information technology at Sacred Heart University, created the schedule of classes, advised students, hired adjuncts, evaluated faculty members, and reviewed the curriculum”.
“"It was a very academic post back then," he says. "We were thought of as faculty members with managerial responsibilities."”
“Now Mr. Pinto and department chairs everywhere have become more like managers who happen to work in academe. He and his peers were once uninvolved in budgetary matters, but now they often swim in spreadsheets. They have become fiscal overseers and fund raisers, student recruiters and public-relations gurus”.
http://chronicle.com/article/Department-ChairsFind/143309/?cid=wb&utm_source=wb&utm_medium=en 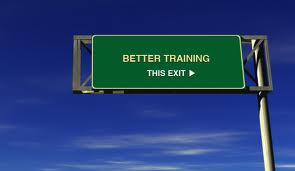 This is a familiar story is it not? It continues:
“A strong department chair can expand the unit's stature and improve its performance by recruiting top faculty members, attracting more students to its majors, creating a climate in which professors can excel at their jobs, and revising curriculum to keep up with new scholarship. But if a chair doesn't woo enough donors, faculty members may not be able to travel to as many conferences as they would like, or do as much research. If a department's leader fails to promote the group's work and convey its importance, deans and provosts might overlook the department when deciding where to allocate limited dollars. And if a chair is ineffective at mediating conflicts between colleagues, the simmering tensions can disrupt day-to-day work and undermine collaboration”.
“Yet, even though the job is becoming more pivotal, it remains a role for which few faculty members are properly trained”.
“"I was just handed this job," says Mr. Pinto of his transition from professor to administrator. "Most people are."”
“And that's when it becomes most evident that the skills most professors have honed to become strong teachers and researchers aren't the ones they'll flex as they run a department, says Jeffrey Buller, dean of the honors college at Florida Atlantic University. In short, what attracted faculty members to academic life in the first place—the autonomy, the camaraderie of colleagues, opportunities to teach and do exciting research—isn't the stuff that department-chair appointments are made of”.
http://chronicle.com/article/Department-ChairsFind/143309/?cid=wb&utm_source=wb&utm_medium=en 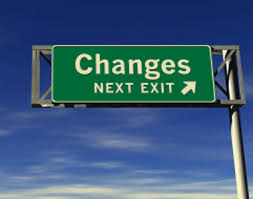 I am surprised that at the very least, there are not more ‘in-house’ training programs being developed. Programs like that could be a model for eventual certificate programs or university courses.
Thoughts?
Dr Flavius A B Akerele III
The ETeam

Posted by Flavius Akerele at 9:17 AM