Not every teacher is supposed to be a superstar

It is a known fact that in a workforce you have your top 10% your so-called high performers or superstars, you have your bottom 10% your under performers or not making the cut. However, we often do not talk about the most important category of workers and that is the middle 80%. The 80% are the people who most likely will be there 20 years from now, they are the ones who consistently get the job done, who are there day in and day out. While they might not stand out, they are the category we should be nurturing because they are what make your organization run.

Most teachers fall into this category of the 80%, think about it, it is true. Have you ever watched those teachers of the year award shows? Have you ever seen what these award-winning teachers have to do to get to that level? Have you seen the sacrifices they made and the extra time and money they put in? What truly makes this group superstars is their ability not to burnout so quickly!  Do you remember Jaime Escalante of “Stand and Deliver” fame (http://en.wikipedia.org/wiki/Jaime_Escalante)? As good as he was, he had a serious heart attack and suffered serious illness while teaching, and eventually died due to cancer complications and in extreme financial difficulty. Tell me, is this what we expect from our superstar teachers?

Teachers are human, not superhuman despite the popular myth. Teachers have families, financial woes, worries, and problems just like everyone else. Why then are they being held to such a high superhuman standard and police officers are not? Why are we only trying to recruit superstar teachers and not acknowledging the many good teachers doing the job? Superstars eventually fly away, but part of what makes 80% good is that they stay.

During this Christmas season, please remember the good teachers who struggle to get the job done; and who while they might not stand out, they are having a major impact on our lives. Superstar teachers are not the panacea for education, the middle category is.

﻿
I thought these were all interesting and did not know which one to share; so I shared them all:


One Course Without Pay
https://www.insidehighered.com/news/2014/12/16/arizona-state-tells-non-tenure-track-writing-instructors-teach-extra-course-each


Adrift at the Career Fair
http://chronicle.com/article/Adrift-at-the-Career-Fair/150789/?cid=at&utm_source=at&utm_medium=en


Dr Flavius A B Akerele III
The ETeam
Posted by Flavius Akerele at 6:20 AM No comments:

Stats can be used to prove almost anything if you want them to depending on how you present them.

Let us look at Bill O’Reilly’s “big revelation” on his show recently. Let me also start by saying United States is more than just “black and white”, the way he presented his numbers are designed to do nothing else but perpetuate “black and white” divide. He missed the opportunity to help heal and took the low road and continued to spew hate and fear, so shame on him.

The FBI Crime stats, are based upon voluntary reporting by law enforcement agencies and the FBI themselves cannot really confirm their numbers.  So, keep in mind there are many unreported shootings.

Let us break this down the way number should be:

2013 Blacks committed 5375 murders, these are people convicted of murder

2013 Whites committed 4396 murders, these are people convicted of murder

If you add in these numbers, you will see a much different statistic

What is missing from here, is the fact that citizens of the United States are being killed by the people who are supposed to protect us, and these public servants are not being held accountable for their poor performance. If schoolteachers made these kinds of errors in their job, there would be a virtual lynching of them.

This is not a racial post, this a factual post, as an educator when I see BS being used as statistical data, I have to call it out. Lives are not entertainment for a show and every life is precious.
Law enforcement needs not just training, but training that brings them back into the community they serve instead of a being perceived as a separate occupying force. Do police walk the beat anymore? Do they introduce themselves to the neighborhood without ulterior motives? Why do they view their jobs as combat and not a public service? Since when have citizens become the enemy?

The ETeam
﻿
Posted by Flavius Akerele at 9:57 AM No comments:

The reality of crime

I am not going to quote statistics, references, etc, even though I could. I want you to access the information yourself and believe me it is very easy to find. I am not taking sides, just pointing out some facts because as an educator that is what I do.

Let us start with race: it is a social construct, and the racial divide was created early in American history to keep black folks and poor white folks from uniting against the rich overlords. Guess what? It worked, and it is still working. There really is no such thing as the black race or the white race, there is only the human race.

Poverty creates and perpetuates crime, not skin color. Yes there is a lot of crime in “black” neighborhoods but that is because most of these neighborhoods nationwide are poor (some extremely poor). However, if you look at “white” neighborhoods of similar poverty, you will find the crime statistics are just as high. How many of you are often one paycheck away from becoming homeless? When poverty sets in, you do desperate things. Did anyone notice that the jails got very full after the economic downturn of 2008? Jails are now publically traded companies, and prisoners mean big bucks. We punish poor people unfairly because they are paychecks to some.

While “black” people seem to have a disproportionate amount of crime, as a whole, most crime is actually cause by “white” folks and that makes sense because they are in the majority (blacks are just 13% of total population). FYI most welfare fraud (and welfare in general) is done and used by white people.

I always find it interesting when people lecture “black” folks about black-on-black crime as if we all know each other. White-on-white crime exists at just as high a rate, yet ‘white” folks are not being held responsible for every crime committed, so why you should hold “blacks” responsible? We are not all brothers, people with black skin are as diverse as grains of sand on beach; do not hold the ‘black race” responsible for this.

Poverty is a manmade creation that can be solved and needs to solved, and not to give people and hand up, but because economically it makes sense and crime statistics will go down.

Lastly, stop with the terms  like race-baiter, it’s a BS term and means nothing. Stop talking about Al Sharpton and Jesse Jackson as if they represent everyone with black skin in America. We are not “post racial” not even close; there are children of civil war, and grandchildren of slaves still walking around. We have not begun to really look at  this issue because we have blinders on still. This is still a great country, with a lot of opportunity, but we can be greater, we can do better, we should be better.

Poverty is a disease, and we desperately need a cure.

Professor Blade CFMC AKA Dr Flavius A B Akerele III (The ETeam)
﻿
Posted by Flavius Akerele at 2:02 PM No comments:

Have a great Thanksgiving 2014

﻿
I hope you all take sometime to enjoy moments with your family and loved ones, and to be thankful for what you do have and not to worry about what you do not have.


Posted by Flavius Akerele at 10:06 AM No comments:

I know this is a repetitive topic, I know I have talked about this before, but I feel it is worth mentioning again: politics have no place in the classroom.

When political agendas are injected into education kids suffer because they are getting mixed messages and sometimes misleading information in an already mediocre school system (for the most part that is true we have to be honest).

“Nearly all of the social studies textbooks that were being considered by the Texas board of education—and causing an uproar from both conservative- and liberal-leaning advocacy groups—have been sanctioned for use next school year.”

“Of the 96 books being reviewed, 89 were approved by the Republican-controlled board this afternoon, reports the Associated Press. Six books were defeated, and one publisher, Houghton Mifflin Harcourt, withdrew a government text.”

“As I wrote yesterday, groups from both sides of the political spectrum argued against the textbooks' approval, alleging they contained distortions. The Texas Freedom Network Education Fund said some books exaggerated Moses' influence on the founding of the United States. Truth in Texas Textbooks claimed the books were too pro-Islam.”

Nowhere in this issue do I hear a mention of children or how this will benefit them, as if often the case. 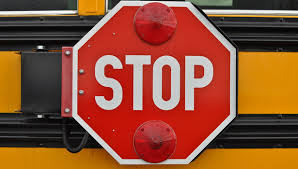 It is all about the children people, not about political agendas.

The ETeam
﻿
Posted by Flavius Akerele at 10:01 AM No comments: