ACICS in crisis: So what is the plan to help students? 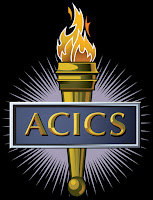 So, one of big items in Higher Education is that an accreditor is in crisis: http://www.usnews.com/news/articles/2016-09-22/education-department-strips-authority-of-acics-the-largest-for-profit-college-accreditor?src=usn_li (not fan of this title but it is detailed)

There are approximately 600,000 students who attend schools within this body, and not all are for-profit schools by the way, and even if that was the case For-Profit is not and should not be a curse word because that is unprofessional. Anyway, back to the question at hand: what is the plan to help all those students?

Students have taken out loans, made sacrifices, and expect to get a degree: how are you going to help them accomplish this with causing more hardship in their lives? Community Colleges will not be able to help those on the tail end of a four-year degree, and how about all the loans that are going to come due because the students no longer have an in-school deferment?

Too often, when large events like this happen, the students do not seem to be the first priority. It is about the student right? 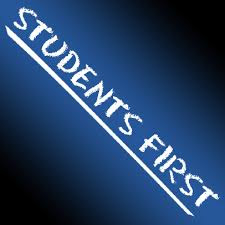 What is the plan?


The ETeam
Posted by Flavius Akerele at 8:22 AM No comments:

We thought this had some useful information:

The ETeam
Posted by Flavius Akerele at 10:39 AM 1 comment:

I am a firm believer in sharing good an relevant material, that is how we learn. Today I am sharing two articles by Jeffrey E. Reeves (https://www.linkedin.com/in/jeffreyereeves) .

I hope you get something out of this as well!

Leadership… An Informed Perspective August 26, 2016
“Leaders create the vision.  Managers create plans.  Your vision motivates people to action; plans are an outcome that guides your team toward making your vision a reality.  Leadership and management are the two elements of being-in-charge and being responsible.  The ability to discern which element one is dealing with or which is dominant at any moment in each unique situation is—in my view—the main characteristic of a great leader.  I call this characteristic wisdom”.

“Leadership is about creating a vision. Planning is an afterthought that often turns a leader’s vision into nothing more than a pipe dream. Consider..."

“Leaders articulate a vision in words and deeds that motivate individuals to embrace the leader’s vision, take action, and transform the leader’s vision into a reality whether the leader is there or not. MLK’s vision advanced civil rights and continues to do so today. Men landed on the moon long after JFK’s death and are now looking forward to colonizing Mars. The Missionaries of Charity of Charity survive and thrive even after Mother Teresa becomes a saint in the Catholic Church"

Not everything is about the elections 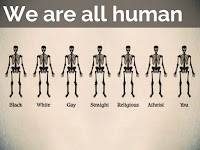 In the near future, these elections will be over, people will get elected, the campaigning will be over, the banners will come down, the promises made will be broken, and since our votes will not be needed at that time, we will be ignored. Sounds cynical but true.

The issues that existed before hand will still be there, there is no miracle band aid to fix them over night. We will still have to work, pay our bills, and raise our children. No elected official is going to do that for us.

This election cycle has brought out some of the worst traits of humanity I have seen in all the elections I have been eligible to vote for, and my first election was Bush senior vs Dukakis.

As an educator, I talk about education issues, about children, about students, and I always attempt to do so without politics being involved. Why can’t we just do that?

Our students pay attention to politics yes, but they are also paying attention to how we behave, interact, and respond within politics; and right now they are probably disgusted with us.

If you want to debate, that is fine, but just make sure there is something to debate about first, and make sure you have a genuine thought towards discussion rather than just trying to prove you are right and they are wrong.

Let us all remember we are humans forever, and that politics is just temporary.


The ETeam
Posted by Flavius Akerele at 2:36 PM No comments:

Punishment does not equate education: A K12 Education Issue 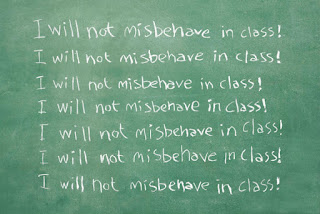 Education is the only profession (and it is a profession) where non-professionals feel and can tell the professionals what do. Everyone has a n opinion about how to deliver proper education, and during political seasons, education gets tossed around like a football; usually without an actual educator in sight.

As an educator, you are entrusted with our countries most precious resource, and that is our youth. Without them we have no future and there is no proof that we ever existed.
United States has an incarceration problem, we love to lock people up, we love to punish; and we have hard time showing compassion, understanding, and suggesting true rehabilitation. This state of mind has unfortunately penetrated many of our school systems. 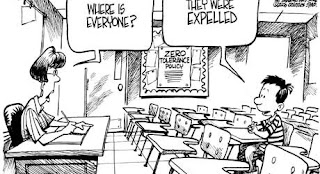 Now I know some people will say “well these are extreme situations” or “well what was the student doing”, etc.  When it comes to kids’ lives we cannot afford extreme situations, and as apparent, there is no possible justification for doing that to any kid: period!

School safety is important, and as a parent, I too am concerned in the wake of school shootings. However, school safety and school discipline are not the same thing because discipline should be administered by trained education professionals not cops in school. A defiant kid is just that, a kid, not a criminal; police intervention is not necessary. 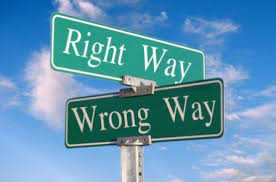 Kids are not only precious but they are also one of the most vulnerable members of our society and our too often subjected to abuse and exploitation. School should make them feel safe not anxious.

Posted by Flavius Akerele at 9:16 AM No comments:

Issues exist in many sectors, not just For-Profits Institutions

There is an interesting part of this article which all universities need to pay attention too, because the same conditions are capable of being re-created in non-profit private universities:

“Though for-profits are specifically under attack by the federal government, there are other lessons for nonprofit institutions as well, particularly for terminating non-union or adjunct positions in the face of budget cuts, lowered enrollment, or other factors which may impact revenue or employment” 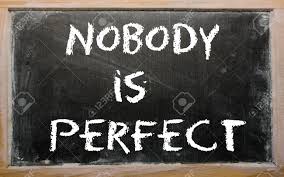 Nobody is perfect and we all can be doing better


The ETeam
Posted by Flavius Akerele at 8:11 AM No comments:

Is the federal government trying to take down the for-profit college industry?


By Danielle Douglas-Gabriel September 8 at 6:20 PM

The closure of ITT Technical Institutes, a national chain of career schools with a 50-year legacy, is fueling a debate over the federal government’s aggressive policing of for-profit higher education and whether it could destroy the industry
Read for yourself, interesting article:

Posted by Flavius Akerele at 7:45 PM No comments:

A1 Service Starts from the Moment They Walk Through Your Door

I have learned and been given lots of good advice over the years about employees in the education industry, and there are many great quotes out there such as:

A great many educational institutions now rely upon part-time or adjunct faculty. This pool of faculty tends to be very versatile, quick on their feet, and tend to work in the industry they are teaching. They are a wonderful resource so why do we not value them the way we should?

It all starts with the hiring process:

The biggest complaint I get from new faculty is that “they do not have all the information they need at the beginning”, I also here about “trials by fire”. Is this really what you want for a new faculty member’s first experience? We teach communication in schools: is this good communication?

You do not need to have a fancy electronic system, you can use all paper if you want to; you do not need much of anything except to let them know that you care, you are there to help them get onboard, and that you will follow through.

Give them a reason to stick around because of the A1 treatment you give them, instead of telling them to go away by the substandard disregarding behavior that happens too often. Your employees are your most valuable customers!

If you want to learn more, The ETeam is happy to help.

Dr Flavius A B Akerele III
The ETeam
Posted by Flavius Akerele at 11:23 AM No comments:

When a school closes: what happens to the students? An Education Issue 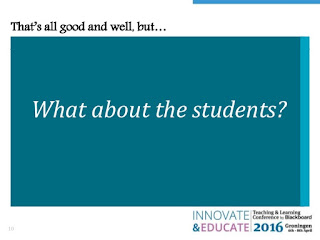 In the last couple of years there have been some high profile school closings or near closings. And for the record it has not always been for-profit schools. There are public schools, private non-profit schools on that list.

Often there are internal politics, outside politics, and other agendas involved in these closings; sometimes it is just because the school was run really badly. (I have mentioned before that having a leadership title does not automatically make you a leader)

During all this struggle and fighting, the people we seem to hear the least from are the students. What is the solution for the students? Even if their debt was forgiven, many students have put years of work into a degree that they cannot finish, and those students cannot or will not be going anywhere else.

The recent high profile closing of ITT and Corinthian have and will continue to have a big effect on the industry in general because the accreditor ACICS is also in jeopardy.

So back to my original statement/question: what is the long range plan for students? What is the plan to truly help the students fulfill their dreams and goals? Are there any ideas floating around that might work? 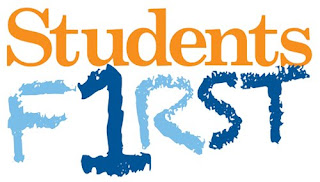 
The ETeam
Posted by Flavius Akerele at 8:58 AM No comments:

There are several bothersome things about the article starting with the reason why the mother is in jail: FOR WANTING A GOOD EDUCATION FOR HER KIDS. Yes, that is the reason.

Why are we still at this point in this very rich country where schools are so unequal that parents have feel they have to lie about where they live?

What is also sad are the mean comments you see in the article, people focusing on the wrong things. This was not justice! This lady will not be able to teach in her state now because of a felony conviction!

Punishment is not justice and this does not help our society at all!

“Mom jailed for enrolling kids in wrong school district”
“An Ohio mother is in jail after being convicted of tampering with records to enroll her children in a better school district.”
“Kelley Williams-Bolar, 40, of Akron, illegally registered her two daughters at her father's address in suburban Copley Township to get them into the Copley-Fairlawn school district rather than the urban Akron district, a jury decided.”
“The Akron City school district met only four of 26 standards on the latest Ohio Department of Education Report Card and had a 76% graduation rate. Copley-Fairlawn City Schools met 26 of 26 standards and had a 97.5% graduation rate.”

Read the rest of this outrageous story here: http://news.blogs.cnn.com/2011/01/26/mom-jailed-for-enrolling-kids-in-wrong-school-district/


The ETeam
Posted by Flavius Akerele at 9:54 AM No comments: