When egos clash he who stays humble wins 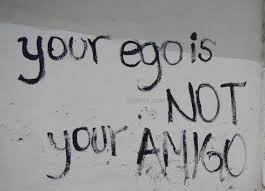 Educators like a lot of professionals do have strong egos. We want to be considered experts in our fields, we want our reputations to be flawless, and pity the fool who does not follow our logic or does not know what we know!


However, sometimes we are simply wrong, because to be human is to make mistakes. Sometimes we let our egos get the best of us and we end up insulting someone who does not deserve it, we end up underserving our students, or we end up becoming legends in our own minds and believing our own hype.


If you have like-minded, dedicated individuals, with the same qualifications, do you really need to point out that you went to a traditional school versus their non-traditional newer school? Maybe there was no possible way for the other person to give up everything for school; it does not make them less qualified, especially if they did the work. It seems like we are now measuring whose PhD is bigger instead of measuring what we need to do to achieve the mission, and measuring the intention our hearts.


There is an old story about two women talking about two different British politicians who they met. The first lady went on and on about how this man was “the smartest man in the room”. The other lady thought about it for a second and said: “this other man made me feel like smartest person in the room”. Are you making those around you feel valuable, or are you constantly belittling them?


It is not about us, it is about the students. Educators, stay humble.

Children are not our enemy: part 2. An #education problem

There is a huge uproar over the recent arrest of Ahmed Mohamed in Irving Texas, and rightly so. Yes, he was probably racially profiled, yes, the police should not be questioning a minor without their parents, and no, he should not have been led away in handcuffs.

The thing that truly burns me is that this is a child! Why is it that five grown men (police officers) felt that their lives were threatened by a child? Why is it that the school assumed the worst of a child who has never posed a threat? Why are they still potentially pursuing this instead of apologizing and admitting they screwed up?

We still have a long way to go in our treatment of some of our most vulnerable population: children and the elderly. We continue to legally abuse them and then say, “Whoops’, and that is all.

We do care about kids, right?

The ETeam
﻿
Posted by Flavius Akerele at 9:18 AM No comments:

So what is an American? An #education question

One of the interesting things about the political season is that it gives you plenty of things to write about, and since this an education question I am keeping this as politically neutral as possible (even though I know some will be offended no matter what).

Let us look at some current political buzzwords:

I could go, but let us stop here for now and look at the context of these words.

If we took this country back, my marriage to my wife would be illegal, slavery, lynching, and segregation would be strong. This country was built on the backs of poor people, specifically black slaves, so yes, we do want to destroy the mentality that says it is ok to sell people, separate their families and make them work until they die, all the while telling them they are only 3/5 of a human? https://www.youtube.com/watch?v=w9T2C-TXavk

News flash, the army is not going to take over and occupy Texas or any other state, do not believe the hype of Jade Helm 2015 (this does not mean we do not have issues, especially with the militarized police force). http://foxtrotalpha.jalopnik.com/operation-jade-helm-is-not-a-military-takeover-of-the-a-1700890963

Act like an American? This is a country with so much diversity, so many cultures, etc: so what exactly does that mean? Native Americans certainly have something to say about what that means. http://www.huffingtonpost.com/entry/sarah-palin-donald-trump-american_55ec4d8ce4b03784e27619b3?utm_hp_ref=mostpopular

Since when have we accepted such blatant disrespect for the office of the president? Since when has it been ok to publically discuss removal of a sitting president “by any means necessary”? You might not like him, and that is your right as an American; however, remember the country voted for him twice. I wonder what is so different about this particular president that is causing such casual and commonplace disrespect for the office? Rhetorical question because we know the answer. http://thinkprogress.org/politics/2013/01/13/1440471/colin-powell-condemns-republican-party-racism-there-is-a-dark-vein-of-intolerance/

This should not be a country of hate but a beacon of hope, a beacon of light. It should and can be example of unity, possibilities, and success. We need to be more than just tolerant; we must truly love thy neighbor: that is what it means to be an American.

We owe future generations a better world without fear, we owe the next generation a time to love, a time to heal.

The ETeam
﻿
Posted by Flavius Akerele at 9:56 AM No comments:

I am right and you are wrong: an education issue 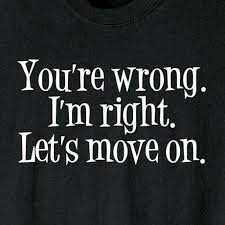 
It seems like a fair number of discussions I have gotten into recently end with “agreeing to disagree’ or something similar. I am not an argumentative type, but I do think I use logic (or try to) in my discussions, and I am most definitely open to be wrong and learning from that.


Have you encountered that person or persons who feel that they know everything but yet have nothing to back it up? We actually have great examples of this from the last eight years of politics, and more recent example with the myriad of presidential candidates.


When did honest debate and admitting when you are wrong go out of style or has it really gone out style? Why are we so afraid to talk about the various elephants in the room? When did we all become so rude? Have we forgotten how to communicate with each other on a simple human level due to all the various forms of electronic communication (keyboard warriors), or is it we really just do not care anymore? 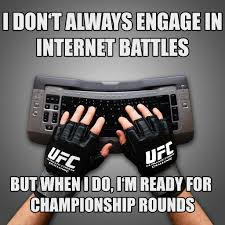 These are things that I think about sometimes, but as educator, thinking about them is not enough because solutions are needed.


What are the solutions? More to come…


The ETeam
Posted by Flavius Akerele at 12:44 PM No comments: