Sharing an article about poverty in the U.S.A 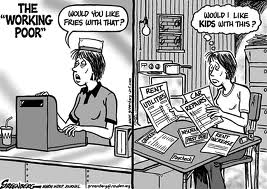 Show me one person who wants to be poor and I will show you a liar. Prove to me that the working poor receive food assistance because they do not work hard: you cannot. Show me a person who wants the stigma that our society places on them for being poor, and yes, there is stigma. I challenge you to walk into a public assistance office and watch how people are trying not to be seen, to feel the misery, and feel the despair of someone who is missing a piece of paper and therefore cannot get their food for the month.


Here is an excerpt from an article I just read:


“If that dismissal of American poverty is not to hold sway, we need to go beyond the statistics in the CBO Report, to say other things about the American rich and the American poor. One thing we need to say is that -- as the CBO Report indicates -- both the rich and the poor are still with us. The poor have not gone away, and their conditions of life remain seriously impaired when compared to those enjoyed by the rich. Another thing we need to say - following Eugene Robinson -- is that there are poor Americans primarily because there are also rich Americans. The rich and the poor in contemporary America are not separate categories of people, unconnected and dissimilar. Instead the two categories are organically linked: linked because the rich and the poor are ultimately just people sharing a common country and economy; and linked because in a world of scarce resources, the excessive claims of the privileged deny full access to those resources by the less privileged. In a very real sense, the pursuit of rising incomes in contemporary America is a zero-sum game -- if the man in the big office takes a big salary hike, that hike leaves less in the salary pool for those working in the smaller offices behind -- and like all games, this one only works if everyone follows the rules. Right now, the rules in America's zero-sum income game are heavily stacked in favor of the excessively wealthy and against the excessively poor; and because they are, they are rules that we need to change.” 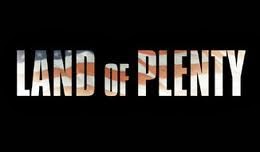 America, we are the land of plenty and we can do better (not just around Christmas time as well).


The ETeam
Posted by Flavius Akerele at 1:24 PM