A truth that will not be admitted: An Educator’s point of view

For some reason, I keep seeing red herrings and non-sequiturs being thrown into discussions of “race and racially charged incidences”, and before anyone starts saying we are all one race, just know that I am using the term for educational purposes. Also, know that many Americans do believe we are different races, and that is a pity.

When you compare the KKK: “The Ku Klux Klan established in 1865, with its long history of violence, is the most infamous — and oldest — of American hate groups. Although black Americans have typically been the Klan's primary target, it also has attacked Jews, immigrants, gays and lesbians and, until recently, Catholics” https://www.splcenter.org/fighting-hate/extremist-files/ideology/ku-klux-klan

To the Black Panthers:

“The Black Panther Party (BPP), was established in 1966 by Huey Newton and Bobby Seale. The two leading revolutionary men created the national organization as a way to collectively combat white oppression, after constantly seeing black people suffer from the torturous practices of police officers around the nation” http://www.huffingtonpost.com/entry/27-important-facts-everyone-should-know-about-the-black-panthers_us_56c4d853e4b08ffac1276462

This is an apple: 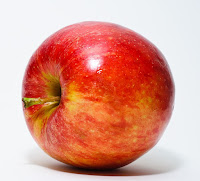 This is a chicken: 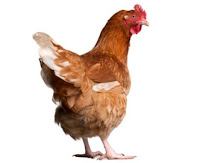 They are nothing alike except they are both carbon base life forms.

There are so many stats, and most of them are ignored unless it benefits those in power. What happened in Charlottesville, VA was terrible not just because of the violence, but also because Americans died fighting those Nazi ideals, and yet we ae letting them on the street? Those Nazis showed up armed but were not arrested? Etc.

America, at some point we have to face our past and truly confront it, and it will not be pretty. This is not only living memory, but people are living it. Telling people to “get over it” does not help and is insulting.

Dr Flavius A B Akerele III
The ETeam
Posted by Flavius Akerele at 6:29 PM No comments:

In regard to Charleville, VA this week
http://abcnews.go.com/US/unite-rally-virginia-sparks-counterprotests-state-emergency/story?id=49176243

“World War II (1939-1945) ... The roots of World War II, which eventually pitted Germany, Japan, and Italy (the Axis) against the United States, Great Britain and the Soviet Union (the Allies), lay in the militaristic ideologies and expansionist policies of Nazi Germany, Italy, and Japan”. We were fighting fascism.

That is a lot of people.

Americans died fighting so they would not have to do that Nazi salute (all the axis powers used that salute by the way). Why the heck would you want to bring back that which so many AMERICANS died for? Nazism and its ideology, salutes, etc., is banned in Germany as well!

The AlT right are nothing but Nazis, that was proven this weekend. You might not mix with people of different skin colors, but if you consider yourself a patriot why the heck would you be using Nazi propaganda and rhetoric? WWII is very real to a large segment of the U.S population. 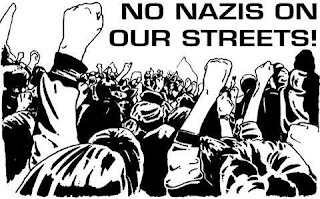 That rally in Charlottesville had no place in the United States of America….

Posted by Flavius Akerele at 4:09 PM No comments: PS I should not have to tell you that the neighborhoods most affected by these rules are minority peoples.
Posted by Flavius Akerele at 3:20 PM No comments: