Sharing article about the GI Bill 2013 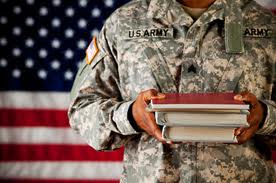 “With GI Bill at Milestone, Veterans Push for Campus Services”
“When Jose Roman enrolled at Old Dominion University in the spring of 2012, he thought he would find more services for veterans on the campus than he did.”
“Fresh off a deployment to Afghanistan—his final mission in a 22-year career with the Navy and Navy Reserve—Mr. Roman soon linked up with other veterans, and they pushed for a meeting space as well as an orientation just for students affiliated with the military. They succeeded on both fronts.”
“The Norfolk, Va., campus, he says, has become a more welcoming place for veterans. They now have their own faculty adviser, a small office, and a Student Veterans of America chapter, of which Mr. Roman, 40, is president. Last month the university held a conference for student veterans from around the state.”
“More and more colleges are recognizing veterans as a distinct demographic group, with specific needs. As those students become more visible, they are finding one another with greater ease, pressing for better support services, and raising the bar for what is expected of colleges.”
Read the whole thing here: http://chronicle.com/article/As-GI-Bill-Reaches-Milestone/143597/?cid=at&utm_source=at&utm_medium=en 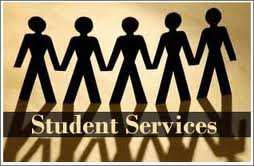 Hopefully this is a sign that schools are becoming truly ‘Veteran inclusive’ rather just being friendly, because being inclusive involves true student services for Veterans and their families.
Let us all stay tuned…
Dr Flavius A B Akerele III
The ETeam

Posted by Flavius Akerele at 8:52 AM