What are your thoughts teachers? 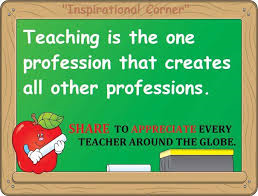 I found this story today interesting for many reasons, chief among them that the California teacher exams do not tell you who will be a good teacher or not, and they are incredibly expensive. I personally have known people whose teaching career got delayed because of these exams and they ended up being wonderful teachers.
By the way I do not like the term minority because there is nothing minor about my culture an heritage.
“Professor: Why I Stopped Recruiting Minority Teaching Students”
“As one of the few ethnic minority professors in my university's education department, I am frequently, actually always, asked to take on a leading role in attempting to increase minority teacher candidate recruitment at the university.”
“Not coincidentally, this initiative becomes a priority exactly at the time when a national accreditation review is due. Among our most pressing tasks is writing up strategic plans for increasing our minority enrollment so that it is, at least, on par with those of the other departments--in particular the math and science departments.”
“This year, for the first time, I declined the offer to join the committee. You see, I know that the effort is not just a "dog and pony show" for the benefit of the accreditation reviewers, but it's actually something far worse. We may be setting ethnic minority students up to fail.”
“More often than at any time in my career, I am seeing minority students, who may have succeeded within math and science-focused careers, struggle with passing the qualifying teacher certification exams given toward the latter half of their college coursework. Because these students are often raised in poverty and have fewer experiences with academic language used in their homes, linguistically dependent courses, majors, and tests become more of a challenge for them.”
“ As state teacher certification entities face pressure to increase the rigor associated with teacher education program entry and exit, they also face the consequence of diminishing their ethnic minority teacher workforce due in large part to ethnic minorities' historically lower performance records on standardized tests.”
Read the whole thing here: http://blogs.edweek.org/teachers/charting_my_own_course/2013/12/why_i_stopped_recruiting_minority_teaching_students.html?cmp=ENL-EU-NEWS3 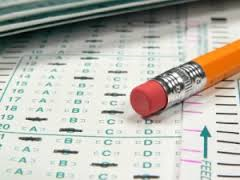 What are your thoughts on this?
Dr Flavius A B Akerele III
The ETeam

Posted by Flavius Akerele at 9:12 AM