Race Relations in America and why we are not ready: an educator’s view 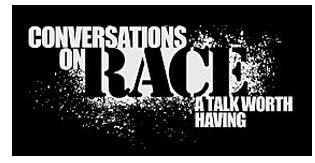 Sociology 101 tells us: “Race is defined as a category or group of people having hereditary traits that set them apart. While race revolves around the idea of biological traits, ethnicity is based on a shared cultural heritage. Sociologists and other social scientists accept that race is a socially constructed concept. It is an idea that was created in society to justify inequality. Race is a modern concept”.

Skin color does not now, nor has it every been a race; and because the United States has never confronted its history fully, the good, the bad, and the ugly, this conversation makes people squirm.
“The 1924 Racial Integrity Act defined race by the “one-drop rule,” defining as “colored” persons as anyone with any African or Native American ancestry. This law was in effect to purify the white population, while also expanding the scope of Virginia’s ban on interracial marriage (anti-miscegenation law) by criminalizing all marriages between white persons and non-white persons. In 1967 the law was overturned by the United States Supreme Court in its ruling on Loving v. Virginia”. http://www.huffingtonpost.com/kimberly-cooper/a-look-into-race-as-a-soc_b_6787574.html

Discussions on race nowadays are met with sayings such as: “that is in the past”, “we are post racial”, “it had nothing to do with me”, “I am not a racist”, “discussing race is reverse racism”, “other races had it bad as well”, etc. It is a pity, because the fact that we still have race listed on official government documents, the fact that there are still hate groups that openly espouse and emulate racists beliefs of past evil regimes, and the fact the statistics we collect daily still show we have a problem, means we are nowhere near ready to truly confront this.

The other day I was watching a film clip from a 1980s Clint Eastwood movie that contained the famous line “go ahead, make my day”. The movie was pure Hollywood, , with the typical Hollywood bad guys (young black males). I take that movie for what it is and nothing more, pure entertainment. However, today we also have social media, something that did not exist when that movie came out; and social media makes people feel safe, it brings out the “trolls’, it brings out the things people say in private and often think about in their head, it brings out the ugly side of the country that we refuse to deal with. https://www.youtube.com/watch?v=3ishbTwXf1g Go ahead read all the comments and see for yourself.

The comments on social media posts reveal many truths, they reveal the cesspool of hate that bubbles just below the surface and they reveal peoples’ true feelings. In some cases people do not understand what social media actually is (it is not private)  and they just post straight out what they feel not even waiting for the comment section, including members of law enforcement who really should behaving at a higher standard considering the responsibility they have: https://www.dnainfo.com/chicago/20170113/downtown/cops-racism-facebook-twitter-social-media-racist-rahm-department-of-justice-probe-laquan

As I write this, I am well aware that I will be inviting trolls into my own world, but here is the reason why I write this: OUR CHILDREN ARE WATCHING AND LEARNING! Kids do not grow up that way, they emulate the people around them, and with the access to technology that exists today, there are more “people” around them.

If you ignore a disease, it does not go away. Perhaps the disease will go into remission for a while, and we can certainly treat the symptoms with medication: but that is not a cure. Civil rights bills, updated laws, diversity training, sensitivity training, and all the other things are not the cure, they are merely Band-Aids on an open wound. 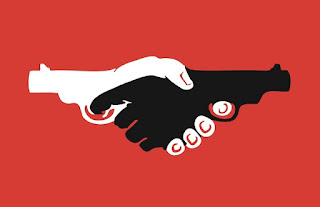 These are just some of the observations from an educator.


The ETeam
Posted by Flavius Akerele at 1:51 PM No comments: 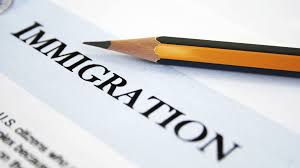 There is no doubt that the largest proportion of undocumented immigrants in the U.S come from or through Mexico. It makes sense considering the proximity of the country, our history with the country, for example: states like California, Texas, and Arizona (there are more states I know) used to be part of Mexico. Also, not everyone coming through Mexico, is Mexican. There are large groups coming from other places.

So where do the other groups come from? Let’s look at some numbers:

Why do people want t come into the U.S? Opportunity, and we should be flattered because that says a lot about the potential in the U.S, and there are enough stats out there proving that these undocumented people are not here stealing our jobs. Quite the contrary.

I am not going to get into politics, because I am not looking at this from a political point of view. I should also point out that there are whole continents missing from these numbers because somehow, they are not reported in the same way (save that for another post).

This is a nation of immigrants remember, and history is repeating itself; but is it for good or bad? Let us not fear each other, let’s just learn who are.

Posted by Flavius Akerele at 1:51 PM No comments: