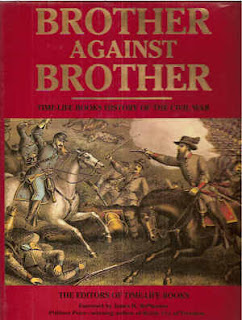 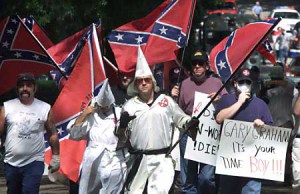 
The ETeam
Posted by Flavius Akerele at 4:31 PM No comments:

National tradgedies belong to all of us...

We have another awful incident in this country today, and unfortunately it will not be the last. However, how we approach and talk about it can change right now.


These were American victims killed, so they were all our victims, and there will be more victims before this is all done including the family of the shooter.


Do not concentrate on sound bites, approach this with love and compassion, not hate and more hate. We need to come together to solve future incidents, and we need to do it now before each story fades away as old news.


Dr Flavius A B Akerele III
The ETeam
Posted by Flavius Akerele at 9:44 AM No comments:

This is worth a read and thoughts:


The War on Thugs


How propaganda fuels our prison problem


Keeps this conversation going because it is an education problem.


The ETeam
Posted by Flavius Akerele at 9:03 AM No comments:

Race is still a consideration in America

If you look at the title of this piece, and nothing jumps out, then you are missing the point. We still divide people in this country into various races, as if we are genetically different. Yes I know race is a social construct, but many people do not; they really believe there are different races.
I have said this before, and I will say it again; when a country as young as the United States, that is built upon oppression of poor people and people from different lands, and we do not acknowledge this sordid past, then we will never be post-racial. Also, there is a difference between bigotry and racism, but that is a different subject.
From a simple numbers perspective look at the facts:
·         Law enforcement and legal punishments are extremely skewed when it comes to people of color. It so happens poverty is higher in this group, and so those same stats are skewed against poor people in general (http://apps.washingtonpost.com/g/documents/national/department-of-justice-report-on-the-ferguson-mo-police-department/1435/)
·         “Interracial” (hate this term) relationships, although legal, are still treated like they should be illegal in many parts of this country; especially if it is a black male involved. I have heard a million and one “logical” reasons from well-meaning individuals when what they really meant to say is simply “because they are black” (http://www.msnbc.com/msnbc/another-religious-freedom-showdown-brews-north-carolina, http://www.huffingtonpost.com/2009/10/15/interracial-couple-denied_n_322784.html)
·         Most Muslims are not Arabs, not all Arabs are Muslim, and not all Muslims are terrorists. We believe in freedom of religion in this country, not “freedom of only the religion I approve of”. Believe in the constitution or shut up
·         If not for the power of technology and social media, we would not even believe many of these police brutality incidents ever existed (https://news.vice.com/article/south-carolina-cop-charged-with-murder-after-video-shows-him-shooting-unarmed-black-man-in-the-back, http://www.cnn.com/2015/06/08/us/mckinney-texas-pool-video/)
·         For all you foolish people now quoting this new silly statistic I have seen floating around: “93% of blacks voted for Obama in 2008 for all the wrong reasons”; what makes you think you know the right reasons, and how do you know what their individual reasons were? The population of the United States is approx. 400 Million, of which 12% are black or African-American. So there is no way African-American’s could have been solely responsible for voting President Obama into office, the majority of the voters did that. For the record President Obama is the president of the country, like it or not, he was elected twice. Respect the office and the political process or shut up.
There are people we all know and respect who regular say, use, and act out bigotry, and often they are not even aware of it (https://www.youtube.com/watch?v=xdyin6uipy4).
My point is this, sweeping things under the rug will not help, and pretending it does not exist will not help. Inventing terms like “race baiter” and “reverse racism” is foolish and perpetuates the ignorance; and if all you do is mention Al Sharpton and Jesse Jackson every time there is an incident involving race then you have no clue.
The constitution is for everyone!  If you truly believe in God then believe in the message that is being delivered, not just the parts you want to hear. Do you love your neighbor, tolerate them, or wish they would go somewhere else because you feel they are bringing down property values?
Dr Flavius A B Akerele III
The ETeam
﻿
Posted by Flavius Akerele at 1:38 PM No comments: 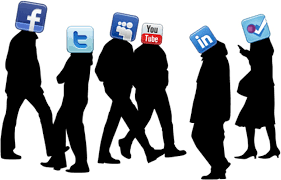 Dr Flavius A B Akerele III
The ETeam
Posted by Flavius Akerele at 10:22 AM 1 comment: