Gainful employment rule in the news…

So for profit schools are under pressure to prove gainful employment; I wonder why this is not across the board for all schools? Anyway, back on track, I read an interesting article today about Corinthian Colleges:


“An Everest College campus located near Atlanta paid employers to hire its graduates for short periods of time in a maneuver designed in part to boost the for-profit college's job placement rate, reported the Huffington Post. The now-defunct Decatur campus in 2011 shelled out $2,000 for each graduate hired, according to company documents the website published. In most cases those employees were let go one month later, sometimes after pushing a broom around for 40 hours a week.”


“The practice was not limited to Everest's Decatur campus. Two California campuses of the chain, which is owned by Corinthian Colleges Inc., paid temp agencies to hire graduates, the Huffington Post reported, citing a lawsuit filed by California's attorney general. As in Georgia, the practice was aimed at keeping job placement rates above minimum standards set by accreditors. Everest's holding company defended its career services and said the job placement program did not violate any regulatory or accreditation standards. “ 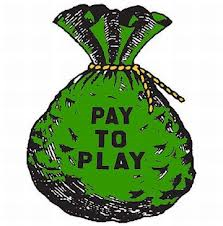 If this is true, do you find it shocking, so what, or par for the course? What are your thoughts?


The ETeam
Posted by Flavius Akerele at 9:05 AM