Do you believe in equality for all or just for some?

The country is fairly polarized at the moment, our tribal divisions are strong, obvious, and getting in the way of things like social justice, police reform, and poverty. These are thing that no matter what your skin color you want for your family.

“We hold these truths to be self-evident: That all men are created equal; that they are endowed by their Creator with certain inalienable rights; that among these are life, liberty, and the pursuit of happiness. That, to secure these rights, governments are instituted among men, deriving their just powers from the consent of the governed; that, whenever any form of government becomes destructive of these ends, it is the right of the people to alter or abolish it, and to institute a new government, laying its foundation on such principles, and organizing its powers in such form, as to them shall seem most likely to affect their safety and happiness”. Beautiful words are they not?

Despite these words, the country still pushed the hypocritical line:

·         Slavery. Nothing more needs to be said about this abhorrent practice

“In 1676, seventy years after Virginia was founded, a hundred years before it supplied leadership for the American Revolution, that colony faced a rebellion of white frontiersmen, joined by slaves and servants, a rebellion so threatening that the governor had to flee the burning capital of Jamestown, and England decided to send a thousand soldiers across the Atlantic, hoping to maintain order among forty thousand colonists. This was Bacon's Rebellion”. Imagine that, people not in charge banding together against those in charge. That was scary for the powers that be. So, the state used some of its tools to keep this from happening. Currently this tool is law enforcement.

It is amazing how often police get away with excessive use of force or outright killing of those they are sworn to protect; but actually it is not that difficult to understand if you accept an unspoken truth. The police are not hear to protect and serve the public, they are here to protect and serve the people who create the rules. There are many unjust rules and policies that are excused because it is “within policy”:

·         852 people have been killed by police in 2018. This should be considered a public health crisis, but it is considered routine https://mappingpoliceviolence.org/

Law Enforcement is about enforcement

We have heard the saying that race is social construct; and it is because humans are all one race. However, we are not one tribe, and to err is to be human. Humans will find a way to try and put someone down to status below them, and this idea continues to blossom with the encouragement of opportunists. Why don’t people who have similar gripes, issues, and concerns band together?

Divisions continue even if they are not in people’s best interest, because, the people in charge want to stay in charge. 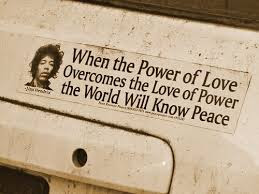 Believe in the constitution for all, believe in equality for all, do not continue ignore injustices to a group simply because of your skin color, because they are not part of your tribe, or because you have been programmed to believe that. Right is right, and wrong is wrong; every holy book in the world says the same truth if we only listen.

Posted by Flavius Akerele at 4:08 PM No comments:

Are you using the proper rule? A generational question

We talk about the golden rule “treat people the way you want to be treated”, but in actuality it is wrong; and this becomes evidenced more and more each generation it seems.

Simple things like:
·         If you are considerably younger than me, do not be offended if I do not invite you to use my first name
·         I do not appreciate attempts at imposing your values and ideals about what I should eat upon me, no matter how passionate you might be about them
·         If we have a discussion, I expect you to be able to clearly articulate your message with specific examples and to be able to listen to my counter arguments in calm manner without resorting to silly phrases like “agree to disagree”
·         I am very good with technology, I just do not feel it is necessary to jump on all the new untested technology right away like a sheep

Manners, debate, critical thinking have not gone out of style, and they are just often overlooked today due to the speed at which things move. Slow down, and remember life needs to be lived.

The correct rule is not the golden rule, but the platinum rule: “treat people the way they want to be treated”. In order to find out what they want, it means you are using real communication skills, and not just a text or email message. Get to know people and not just through google and social media.

Thoughts of an educator

Posted by Flavius Akerele at 10:12 AM No comments: