This Needs To Be Shared

For those who work in higher education, this is a big deal!
“Mammoth 2-Year College to Lose Accreditation”
“City College of San Francisco will lose its accreditation in one year and be shut down, its regional accreditor announced on Wednesday, unless the college can prevail in a review or appeal process with the Accrediting Commission for Community and Junior Colleges”.
“The two-year college, which enrolls 85,000 students, would be the largest institution ever to lose its accreditation. Without regional accreditation it would no longer receive state funding and would certainly close its doors”.
“One year ago the commission, part of the Western Association of Schools and Colleges, slapped a "show cause" sanction on City College for a wide range of identified problems, including dangerous budget deficits, a balky governance system and a failure to track student outcomes”.
“A subsequent report from a state agency reinforced concerns about the two-year college’s fiscal health, including that it only had enough cash reserves on hand to cover three days of operation”.
“The college "fully addressed" only two of 14 identified problem areas, the commission said in a written statement. The key remaining obstacles are a "lack of financial accountability" and deficiencies in leadership and governance”.
“Officials with the commission and the state’s community college system stressed that the decision is not final. In addition to having a year to prove that it has righted itself to the accreditor, City College could also be saved by state government”.
"State intervention is going to be absolutely necessary, said Edwin M. Lee, San Francisco’s mayor, in a conference call with reporters”.
“City College's 11 campuses and sites will remain open and accredited for the next year. It is currently registering students for the fall semester, said Thelma Skott-Skillman, the college’s interim chancellor”.
“The college, which employs about 2,700 faculty members and staff, will be managed by a special trustee who the system will appoint. The trustee will have "extraordinary powers," Brice Harris, the system's chancellor, said in a written statement”.
"We think this institution’s worth saving, Harris told reporters, and it can be saved."
“Harris and Scott-Skillman said they were disappointed by the decision. Lee went a step farther, saying the college’s closure would have a devastating impact on our great city". 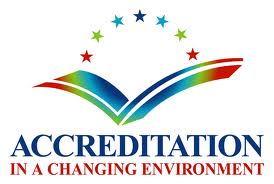 This action could have far-reaching consequences so we should be paying attention!
Dr Flavius A B Akerele III
The ETeam