If you do it right in the first place, these things should not pile up 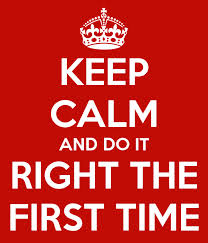 Sexual assault and wasteful spending in higher education have been topics I have written about multiple times. We have seen recently a major community college in the country lose its accreditation due to mismanagement, and we have seen multiple schools get penalized for underreporting sexual assault on campuses, as well as ignoring assaults.


All this has led to situations like articles I am about to share. Keep in mind, I am not taking sides, I am just pointing out what can happen if you do not handle your business properly in the first place.


“A number of colleges are currently facing complaints that they do not adequately investigate charges of sexual assault. A male student who was suspended by Saint Joseph's University is suing the Philadelphia institution under Title IX of the Education Amendments of 1972, Bloomberg reported. The student says that he was accused of rape (over what he says was consensual sex, and says he has text messages that back his version of events) and that the university's system of investigating such accusations is designed to assure findings of guilt against accused males. That, he says, is sex discrimination. The university declined to comment on the accusations”.


“$19M in Spending on Building That Won't Be Built”


“Amherst College spent $19 million on architectural and other expenses for a planned $245 million science building that the college has now decided not to build, The Boston Globe reported. Amherst officials say that they still need and plan to find a way to build a new science facility, but that the planned building was creating too many problems. The Globe article uses the Amherst situation to discuss competing pressures on colleges as the plan the best spaces for scientists. In the Amherst case, some science professors say that the project grew more expensive and more complicated in part because of a desire for architectural details (a light filled atrium, for example) as opposed to focusing on the basic lab spaces that the professors need”.


These kind of residual issues often slide under the radar so please continue to pay attention. Little things soon become big things, especially when they are constantly pushed to the side.


The ETeam
Posted by Flavius Akerele at 8:54 AM