The 400 or so years of United States of America, both as a colony and nation, is built upon things that make people very uncomfortable when we talk about it. I am certainly not going into the blame game right now, but it is important to acknowledge this; you cannot expect all the injustices to be righted within just a few short decades with a history like that.
“The Need for Courageous Dialogue in Admissions”
“In Fisher v. University of Texas at Austin, the Supreme Court has offered its own version of a cliffhanger. Rather than striking down the Texas admissions plan, it remanded the case to the Fifth Circuit Court of Appeals so that it can determine "whether the University has offered sufficient evidence to prove that its admissions program is narrowly tailored to obtain the educational benefits of diversity".
“Traditionally, college admissions processes have shown that it is impossible to take race out of the equation when a diverse student body is the goal, because most of the criteria for admission—grades, extracurricular activities, and standardized test scores—put the wealthy and overly represented at an advantage. An even harder truth is that our considerations of race, ethnicity, gender, and socioeconomic status in higher education have not provided the needed access to educate significant numbers of talented individuals from diverse backgrounds. It's not that we have not made progress. Rather, the track we've been on won't take us where we need to be”.
“The demographic and economic contexts of the United States have changed, yet we are still stuck in the 18th-century reasoning that a gain for one demographic group is a loss for another. And we are still fooled by the simplistic rationale that equality means treating everyone the same all of the time. We will not flourish without the resources that diversity offers, and our diversity must be inclusive, domestic as well as international”.
Read the rest: http://chronicle.com/article/The-Need-for-Courageous/139987/?cid=cr&utm_source=cr&utm_medium=en
Can we have an honest and courageous conversation about this? Can we get outside of our comfort zones and make something happen? 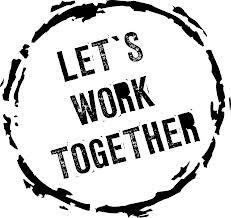