Do not raise your sons to fear, thank you Dad 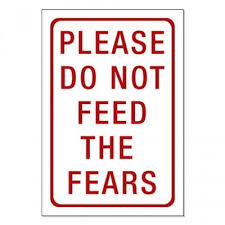 In light of some of the news in Florida, I thought I would write just a little about my perceptions of “the talk”, and how my parents raised me. This is my personal opinion and perhaps that of my family only.
First, a few facts:
“Africa is the world's second-largest and second-most-populous continent. At about 30.2 million km² including adjacent islands, it covers six percent of the Earth's total surface area and 20.4 percent of the total land area”.
“Population: 1.033 billion (2011)”
http://en.wikipedia.org/wiki/Africa
According to the U.S census data:
“Black or African American. A person having origins in any of the Black racial groups of Africa. It includes people who indicate their race as "Black, African Am., or Negro"; or report entries such as African American, Kenyan, Nigerian, or Haitian”.
The population estimate of the U.S.A in 2012, 313,914,040
That is approx 36 million black people in the United States versus one continent’s (Africa) 1 billion plus Black people; and I have not even added in the black populations of the other continents around the world.
My first point is this: do not assume that skin color makes a culture, do not tell me because I look like this, I need to sound, act, and be a certain way! African-American culture has greatly influenced the world in so many ways that we often forget they are a small minority in the world and that all black people are not the same. I am a first generation American born of parents from the continent of Africa. I was  raised in the U.K and Nigeria, so of course my culture, my accent, and perspectives are going to be different.
I was not raised in fear or to fear, I was raised to keep my head up high in all situations (social, work, etc). I was given a strong foundation, so strong that I feel I was imbued with confidence even when I was not sure of something. I was never given “the talk” about how to live my life as a black man because my father taught me how to be a man. Why should I have to learn to be different because some segments of society are not ready for me? Although my parents never said it allowed, I am sure that the thought of raising me to have to act different under certain circumstances was appalling to them. I will make you ready for me! That is what I have always done, and it has worked.
I was of course taught common sense, and was also steered towards learning about my rights as man, and that was ultimately more than enough. Education of course, was heavily emphasized; we joked that a BA degree meant, “Begin again”. The process of educating yourself never ends, it is a constant journey.
I refuse to let my son live in fear! I refuse this system in which young black men are subjected to stress before they are old enough to truly experience the natural stress of life. I refuse to have “the talk” because I did not need it and my son will not need it. Like my father, and his father, and his father’s father, I will raise my son as a man! That is protection enough and to accept anything less is perpetuating a culture of fear.
Thank you Dad! 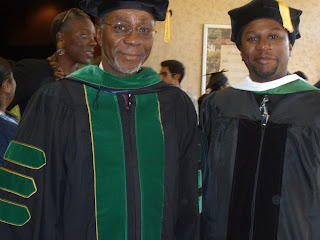