The occult in higher education?...

The story I am about to share has already been reported in quite a few journals; however, it is showing no signs of going away anytime soon.
“Faculty Were Called 'Satan' Through Pay Raises At Cleveland-Marshall College of Law: Complaint”
“A group representing faculty at the Cleveland-Marshall College of Law claims several members were called "Satan" through specific numbers represented in their pay raises by Dean Craig M. Boise”.
“The American Association of University Professors chapter at the law school, part of Cleveland State University, filed an unfair labor practice charge with the State Employment Relations Board of Ohio in late August. It was picked up this week by TaxProf Blog”.
“The complaint alleges retaliation for the formation of a collective bargaining unit at the school, the Wall Street Journal reports”.
“Six AAUP organizers received merit pay raises of $666, and two did not receive any raises, according to the complaint. Other faculty received raises of $5,000 and $3,000, and the amounts were decided by the Dean based on based on scholarly influence, student evaluations and service”.
“"In effect Dean Boise has called AAUP's organizers and AAUP Satan," the complaint states. "Dean Boise's actions are a poorly veiled threat in opposition to AAUP's organizing and concerted activities."”
“CSU insists the numeral for the pay raise was just coincidentally landed at the number representing the devil”. 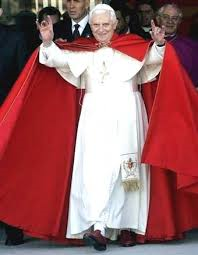