Alcohol and sexual assault on campuses

Alcohol is contributing factor to sexual assault on college campuses; there I said it aloud. Couple it with the fact that moderation is a scarce practice when it comes to alcohol on college, and you have the teenage stupidly (yes it does exists).
The primary purpose of college is to educate (we can talk about college preparedness later), so you are not attempting to educate yourself accept at the bottom of a beer glass, you should make room for those who want to learn. This is not to say you cannot have fun at college, but the line needs to be drawn somewhere.
“Academic Approach to Alcohol”
“Beginning this year, University of Idaho freshmen will face immediate expulsion if their grade-point average is below 1.0 at the end of fall semester -- and whether or not alcohol is to blame, it's part of an effort to curb underage drinking”.
“The idea may be unprecedented, student affairs officials and substance abuse experts say. But as part of a broader overhaul of alcohol policies, it will likely help those students be more successful academically and also improve the overall campus climate, Idaho Dean of Students Bruce Pitman said. (Expelled students who suffered extreme circumstances such as an illness or death in the family may be readmitted via an appeals process.)”
““This is both, we hope, compassionate intervention for students who, quite frankly, probably don’t have a plan and would simply languish another semester accumulating bad grades and debt,” he said. “but it’s also about an effort to improve the dynamics of our students as well, because many of these students who quit coming to class become disruptive in their living environments.””
Read the whole thing here: http://www.insidehighered.com/news/2013/08/23/idaho-will-expel-low-performing-students-part-alcohol-prevention-plan 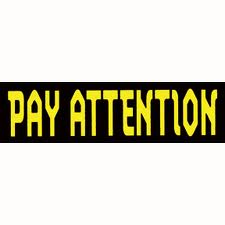 With sexual assaults, not going away anytime soon, what do you think of this approach? Remember, in the end it should be about the best interest of the student.
Dr Flavius A B Akerele III
The ETeam

Posted by Flavius Akerele at 8:38 AM