Burying our heads in the sand 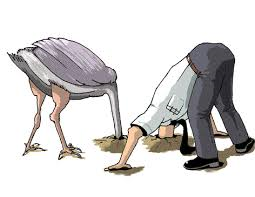 The subject of racism almost always opens a ‘can of worms’ in this country. When it comes to racism in education and society, I personally find that it is difficult to have honest and/or non-confrontational conversations with people in this country. If you think about it, civil rights for almost all citizens has only happened recently (within living memory), I say recently because 50, 60 years is not a long time within a 400 year history.
We are not color blind, not by a long shot, although the next generation seems to be melding together better. Actually, being color blind and tolerant of differences is still just ‘passing the buck’; that is not healing the problem.

An article I read today got me thinking about how we deal with it in education, or do not deal with it:
“Facing Racism”
“Adding the element of race to a discussion makes people uncomfortable.  It is as if some illusive, powerful force has entered and takes up all the air. For all the hope we hold as our national image, we can be a hard place. In fact, we have a horrible and unhealed history. It becomes difficult to move forward because we are not expanding our understanding. It is a rare moment....and one of true opportunity...when someone opens a door to welcome a different perspective and a dialogue is entered that can hold multiple truths of those whose life experiences are vastly different.  Yet, educators cannot avoid these face to face encounters...in fact, we must seek them out... if we aspire to create environments safe for all students and produce a generation of young adults who will lead well in a multi-cultural, multi racial world”.
“What must it feel like to be judged by our appearance? Most of us have had an experience with otherness. We were the farm child at the centralized school, the girl who wanted to play hockey, the boys' sports, we were the only Jewish family in a community, or we were the lone black child on a bus or the Asian child struggling to learn English. Remember when people feared that a Catholic president would turn the country over to the Pope? There may be some among us who have always been the majority. We live in a country in which good-looking people are elevated to hero status, especially in high schools. Taller people have traditionally risen to higher ranks of leadership than shorter people.  Men have been accepted into top positions more than women. Many have worked to break those barriers but barriers are strongly embedded in our culture”.
“While NBC and other news outlets report on the recent incidents in which persons of color were held and questioned because of purchases they made at Macy's or Barney's, our students are watching.  Why did suspicion arise over those purchases? The youth of America are watching as even well known personalities are held for questioning for simply purchasing an expensive item. They watched while the television reported how Trayvon Martin was shot and killed. Now, another Martin in Florida raises race and bullying. Our students are watching as Richie Incognito tosses racial insults into the Miami Dolphins rookie hazing and the team and the sport struggle to determine what is in bounds and where the lines are drawn”.
Read the whole thing here: http://blogs.edweek.org/edweek/leadership_360/2013/11/facing_racism.html?cmp=ENL-EU-NEWS3
Differences make some people uncomfortable, especially when they cannot be put into a category that fits their perception of the world (my own diverse background often puts me on the receiving end of someone’s confusion).
I do not claim to have the answers, but what I do claim is the right to keep this conversation going so that the collective “we” can find the right answer. I claim the right to make people uncomfortable by not fitting in the box they wish to put me, and I claim the right to make sure my children live in a world where they are more than just tolerated but part of a seamless patchwork quilt of society. 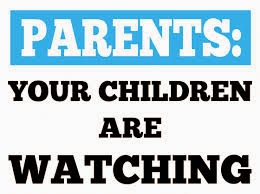 The next generation is watching what we do, so let us do the right things.
Dr Flavius A B Akerele III
The ETeam

Posted by Flavius Akerele at 10:06 AM