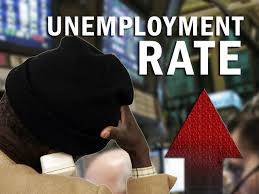 Thought I would share an article or two today:


“Job Searching While Black: What's Behind The Unemployment Gap?”


“In the classic American story, opportunity is always in front of you. You finish school, find a job, buy a home and start a family; it's a rosy dreamscape.But that world is one-dimensional. Income inequality is just about as American as baseball and apple pie. And though the economy has improved in the past few years, the unemployment rate for black Americans, now 13.2 percent, is about double that for white Americans”.


“Persistent unemployment and difficulty getting a job cumulatively impact the so-called wealth gap. Wealth or net worth is defined as a person's total assets — such as bank and retirement accounts, stocks and home value — minus debt. It's what families lean on in a downturn”.


“How High Is African-American Unemployment And Is It Going Down?”


“Paul Solman: Last hired, first fired. It's a clichÃ© of the labor market that becomes an especially bitter reality during economic downturns. In both the Great Depression of the 1930s and the more recent Great Recession, the clichÃ© held particularly true for African-Americans, as we pointed out in this broadcast story about East St. Louis from 2009”.


“So how are African-Americans faring in the labor market these days? The question is prompted by this email from Dr. Napoleon N. Vaughn of Philadelphia:


What is the unemployment rate for blacks 16-24 with less than high school, high school only, and four years of college?


The answer to Dr. Vaughn's question: Dismal. Indeed, the numbers never cease to stun me”. 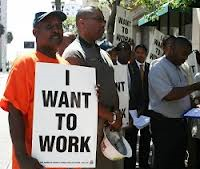 These facts speak for themselves.


The ETeam
Posted by Flavius Akerele at 9:20 AM