“UNC Drops Charges Against Student Who Spoke Out on Rape” 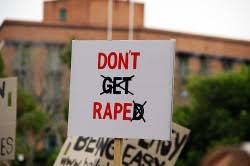 “The student who was charged with violating conduct rules for speaking out about her rape and the way her allegations were handled at the University of North Carolina at Chapel Hill has been exonerated, Chancellor Holden Thorp announced in a letter to campus Thursday”.


“The student-run Honor Court charged Gambill in February under an Honor Code provision prohibiting “disruptive or intimidating behavior” that affects someone’s education. Gambill responded by filing a federal complaint with the U.S. Education Department’s Office for Civil Rights. A couple of months later, OCR sent a letter to colleges warning them not to retaliate against students who make civil rights complaints with either an individual institution or the federal government. (An outside review, Thorp also said Thursday, found no evidence that UNC retaliated against Gambill.)”


“UNC is undergoing a broad review and revision of its sexual assault policies, after Gambill and others filed a separate OCR complaint in January alleging that the university underreports and mishandles sexual assaults. Thorp said all other student charges under the intimidation rule will also be thrown out, and future charges under the provision must be reviewed by UNC’s Committee on Student Conduct before moving forward”.


“This action is not a challenge to the important role of students in our Honor System, Thorp wrote, but is intended to protect the free speech rights of our students”.


This is good…I guess, but how does a serious issue like this get skewed so far? How does a rape victim initially get put on trial?

Dr Flavius A b Akerele III


The ETeam
Posted by Flavius Akerele at 8:47 AM