“The Accrediting Commission for Community and Junior Colleges has turned down City College of San Francisco’s request to reverse its decision to strip the college of accreditation.”

“City College officials have said that they plan to file a formal appeal of the commission’s decision, which was handed down last summer. Since then, the college’s faculty union and others have fought to show that the commission acted unlawfully.”

“Last month a judge ruled that the commission could not revoke the college’s accreditation until a trial was held.”

“Although City College officials said they will appeal, they say they have another plan to try and rescue the huge school of 79,000 full- and part-time students.

The idea is to force a new evaluation of City College — one that would trump the old review from 2012 that led to the school’s current woes — by informing the commission that the school’s mission and programs have substantially changed. 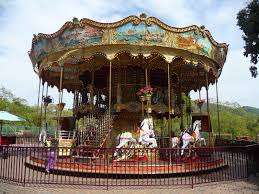