Do you remember City College of San Francisco? 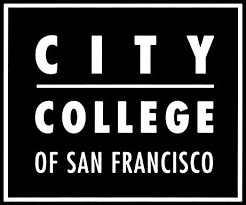 City College is currently slated to close due to loss of accreditation, and 85,000 students are going to have to find another home.

(The brouhaha comes as the college struggles to retain its accreditation and remain open. An accrediting commission announced in July that the college had failed to satisfy accreditation standards and that it would lose its right to do business and receive state funding next summer. The city of San Francisco sued the commission, claiming that its evaluation process had been flawed. A judge has since blocked the commission from revoking City College’s accreditation until a trial can determine if the process was proper.) http://www.sfgate.com/education/article/Troubled-CCSF-backs-off-big-administrator-raises-5173287.php

An article from today:

“The state-appointed special trustee who was chosen to run the troubled college on Friday abruptly withdrew a proposal that would have given top administrators raises of more than 19 percent. Faculty leaders were outraged by the proposal and staged a protest to speak against it, pointing out that a recent labor contract had reduced faculty salaries by 4 percent.”

“Robert Agrella, the special trustee, said the proposed raises were “not appropriate” and had been erroneously placed on an agenda by another employee. The college’s faculty union and others have been mired in a bitter fight with the institution’s accreditor, the Accrediting Commission for Community and Junior Colleges, which has moved to strip the college of its accreditation this year.”

Trying to sneak in a raise? Really? Please stop passing the blame, I do not understand how something could be “erroneously placed” like that. Who is in charge there?
﻿

Something to watch because the effects of this will be far reaching.

The ETeam
﻿
Posted by Flavius Akerele at 9:29 AM