We worship the wrong things: an educational observation 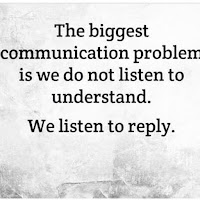 Definition of a god according to Merriam-Webster:

·    the perfect and all-powerful spirit or being that is worshipped especially by Christians, Jews, and Muslims as the one who created and rules the universe
·    a spirit or being that has great power, strength, knowledge, etc., and that can affect nature and the lives of people: one of various spirits or beings worshipped in some religions
·    a person and especially a man who is greatly loved or admired

How often have these attributes been attributed to athletes? Check for yourself, it does not take much to see how athletes are viewed in United States. When I used to teach middle school, fantasy baseball was introduced in math class in order to get students interested in numbers. A clever idea right? But sad in some ways if you think about it.

Definition of Perfection according to Merriam-Webster:

We expect perfection from the things we worship: athletes, politicians, Hollywood crowd. However, we love to see them fail because all this provides entertainment.

Definition of Entertainment according to Merriam-Webster:

·    amusement or pleasure that comes from watching a performer, playing a game, etc.
·    the act of amusing or entertaining people

Teacher salary, student debt, social justice, gender equality, prison reform, a steady economy, etc. It is things like this that the average person such as myself are concerned about, but we do not talk about these things in a meaningful manner. Our discussions of these things are reduced to social media bites in which the ugly side of humanity comes out because people feel safe in their anonymity.

Going to church once a week does not mean you believe in a god, and as educators, getting a degree does not mean we are doing everything we can to educate. We must lead this discussion, we must force our students to think and think for themselves; in short we must educate!

My thought for the day but my hope for life.


The ETeam
Posted by Flavius Akerele at 9:09 AM