Why do scams get a minor tag line? 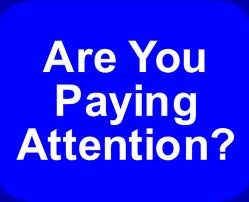 The first article I am sharing might sound familiar to some of you because it is not a new scam:
“New Scam Targets Scholars”
“A new scam is tricking academics into thinking their research has been accepted for publication in a scholarly journal, the American Historical Association warned on Tuesday. Scholars will initially receive an email with "grammatical errors and unprofessional language" with an offer to publish a conference paper, and after submitting one, the scammer will ask the author to pay a "service charge" of several hundred dollars to review, edit and print the piece. The scam is targeting scholars in a "variety of disciplines," the AHA noted”.

Read here: http://www.insidehighered.com/quicktakes/2013/10/30/new-scam-targets-scholars
I would wager if you survey newly minted PhDs and EdDs, you will find they have seen shameful fraud before and perhaps have fallen victim to it.
This next one article is interesting because it talks about the brevity certain important issues get in the news. Actually, I find that quite a few truly important issues in education often take a backseat to the juicy headline grabbers.
“Defrauded Colleges Vary in How Much They Disclose”
“A recent investigation by The Washington Post found that nonprofit organizations have responded to a new requirement to disclose significant financial losses on the Internal Revenue Service’s Form 990 often by providing little detail about cases of fraud or embezzlement. A Chronicle analysis shows that colleges are no exception”.
“For example, on its 2011 tax form, Vassar College described a multiyear $2.5-million fraud in five sentences. Several other colleges and universities responded with similar brevity, while others described cases at great length”.
“Sue Menditto, director of accounting policy at the National Association of College and University Business Officers, said colleges often provide limited detail surrounding cases of fraud for good reason. A college may be “in the middle of an investigation, and for reasons of legal-counsel advice or advice of trustees at the time, the details could not be released because it could compromise the investigation,” Ms. Menditto said”.
“Two of the frauds listed among the documents examined by the Post stemmed from a common source: the Ponzi scheme masterminded by Bernard L. Madoff”.
Read the rest here: http://chronicle.com/blogs/bottomline/defrauded-colleges-vary-in-how-much-they-disclose/?cid=at&utm_source=at&utm_medium=en
Hearing the details about money getting stolen seems pretty important to me, especially since money is tight in higher education... 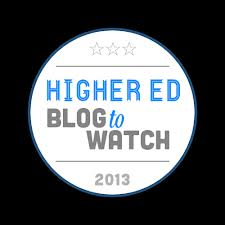 Thoughts?
Dr Flavius A B Akerele III
The ETeam

Posted by Flavius Akerele at 9:05 AM