There are still some bad apples out there… 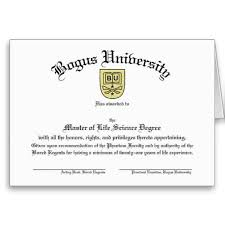 There is not much that needs to be said about this because it speaks for itself:
“American University of London sells study-free MBA”
“A so-called university sold an MBA degree for thousands of pounds with no academic work required, a BBC Newsnight investigation has revealed”.
“The American University of London (AUOL) awarded a fictitious person created by the programme a Master's in Business in exchange for a £4,500 fee”.
“AUOL has insisted it is "not a bogus university" and defended the robustness of the qualifications it offers”.
“Newsnight has found hundreds of senior executives listing AUOL qualifications”.
Read the rest: http://www.bbc.co.uk/news/uk-24618786
Another version of the article:
“How the BBC Helped a Dog Earn an MBA”
“The BBC decided to investigate the M.B.A. program offered by American University of London, and so enrolled a dog named Pete, giving him the fake name Peter Smith and a fake biography with various job titles. The university requires that students submit photographs, but the BBC opted not to send one, since the picture would have shown a dog. No problem. The university offered Pete an M.B.A., with no academic work, for $7,300”.
Read all here: http://www.insidehighered.com/quicktakes/2013/10/23/how-bbc-helped-dog-earn-mba

Let us be clear, this is not an accredited university and has no affiliation with anything in America. However, bad apples like this give all universities a bad name so be vigilant. 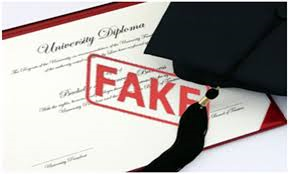 Students please do your research.
Dr Flavius A B Akerele III
The ETeam

Posted by Flavius Akerele at 9:07 AM