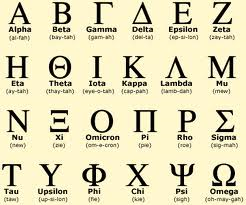 There have been some interesting articles in the past few days about the University of Alabama’s sorority system.
“Cracking the Door Open?”
“Fifty years after the notorious "stand in the schoolhouse door" to keep black students out of the University of Alabama at Tuscaloosa, the president of the institution is trying to get sororities to open their doors”.
President Judy Bonner met with the leaders of the various chapters, and has ordered them to all use a rush system that could allow them to quickly admit some black members, a spokeswoman confirmed Monday night”.
Read the rest: http://www.insidehighered.com/news/2013/09/17/alabama-president-tells-sororities-they-must-create-new-chance-black-women-rush
This is a reactive response rather than having a proactive practice, but not atypical.
I also found a well-written article that concisely describes some of the history, past, and present of the segregated Greek system:
“The History Behind Segregation in Greek Life” by Ashley Lee
“It’s normal for college students to consider joining a Greek letter organization. My first year as an undergrad has been filled with intuitive conversations surrounding the different Greek councils and the pleasures and downsides of each association”.
“I go to a predominantly white institution (PWI), so most of what students know about Greek life are the Panhellenic (PHC) and Inter-fraternity Council (IFC). These are also known as the “traditionally housed” or “white” Greek letter organizations. Not too many people are familiar with the National Panhellenic Council (NPHC). NPHC, formed in 1930, caters to the Divine Nine—four historical African American sororities and five historical African American fraternities. Since blacks were excluded from joining PHC and IFC organizations in the past due to racial segregation, they created their own. This also means they were denied the finances and means to purchase a house similar to their white counterparts. If you’ve ever wondered why black sororities and fraternities don’t have recorded houses on your college campus, that’s why”.
Read the whole thing: http://uiowa.uloop.com/news/view.php/85398/the-history-behind-segregation-in-greek-life 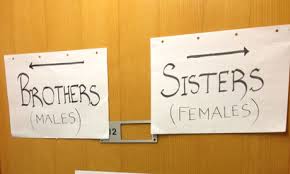 The question now is: who will have the courage to take a significant first step to end this deliberate segregation? After all, there is so much everyone can learn from each, these societies are on college campuses.
Dr Flavius A B Akerele III
The ETeam

Posted by Flavius Akerele at 8:57 AM