Do we not learn in higher education? 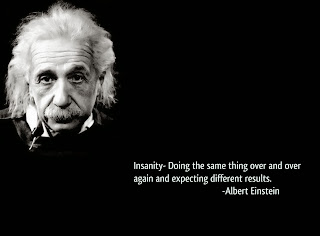 Everyone deserves a second chance in the professional world because hopefully we learn and grow from our mistakes. If someone gets fired from an institution, that should not mean they can never be hired someplace else again.
However, Albert Einstein wisely said “Insanity: is doing the same thing over and over again and expecting different results”.
“Hired Again, in Trouble Again”
“Less than a decade after Evan Dobelle departed the University of Hawaii system presidency amid accusations he had misspent money, lied and been unfit to lead, he is back in hot water as president of Westfield State University in Massachusetts”.
“In a series of revelations, Dobelle has been accused – as he was at Hawaii – of spending university money extravagantly and, at times, on himself and his family”.
“Dobelle’s tenure at Westfield – Dobelle’s fifth college presidency – is now becoming tainted by a series of revelations about his spending habits there and demands for accountability from a growing chorus of public officials, including the state’s higher education commissioner. He has denied wrongdoing or foul intent, though admitted bookkeeping errors, at both institutions”.
Read the whole thing here: http://www.insidehighered.com/news/2013/09/24/fifth-presidency-evan-dobelle-faces-many-allegations-ended-his-fourth
I do not know the man, and this article is not personal. What this reminds me of is the institutional nepotism that often exists within higher education. We see it in certain community college districts in Southern California where several high level jobs always seem to get reposted every year because of who they hired in the first place.
My point is this: it is ok to hire competent outsiders from time to time, it is ok to promote a highly competent person who has no political connections, it is ok to hire an overqualified person for a job, and it is ok to do things differently. 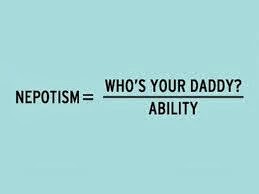 The status quo is turning into insanity, and students want a sane environment. Remember it is about the students.
Dr Flavius A B Akerele III
The ETeam

Posted by Flavius Akerele at 8:40 AM