Wrapping up education in the DRC this week 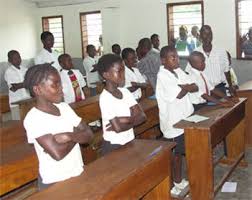 I would like start off by sharing part of an article from IRIN (humanitarian news and analysis):
“Democratic Republic of Congo (DRC) remains poor, with up to seven million children across the vast country out of school - despite a 2010 government decision to make primary education free”.

“DRC is still struggling to overcome the effects of wars that raged between 1996 and 2003, compounded by continuing violence in the east of the country and decades of corruption and poor governance”.

“The seven million figure was contained in the preliminary findings – reported by the UN Office for the Coordination of Humanitarian Affairs - of a study conducted by the DRC government with the UK Department for International Development and the UN Children’s Fund, UNICEF”.

“It said 25 percent of the primary school-aged children and 60 percent of adolescents were not enrolled in classes”.

“The free education directive is supposed to cover the whole country except the capital, Kinshasa, and the city of Lubumbashi”.

“Parents, many of whom are unemployed and have little means of sustaining themselves, are bearing most of the costs involved in educating their children because of delays in releasing the funds for free education, Ornelie Lelo, communications officer for an education NGO in the capital, SOS Kinshasa, told IRIN”. "Since independence [in 1960] to date, the government has not prioritized school expansion and building of new institutions, in Kinshasa, for instance, the number of public schools is much lower than private schools: 29 percent are public while 71 percent are private."

Government statistics for 2009-2010, drawn up with help from the UN Educational, Scientific and Cultural Organization (UNESCO) and UNICEF, suggest the gap in the capital is a little narrower, at 37 versus 63 percent for primary schools and 39 versus 61 for secondary ones.
(http://www.irinnews.org/Report/94196/DRC-Millions-miss-out-on-basic-education) 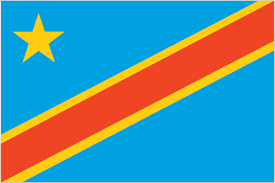 This is a good factual article, and it goes on. Imagine if these stats were here in the United States, this would be an epidemic! Couple this with the ravages of war, the children in DRC are having a hard time with their education.
There is a solution everyone, it is right in front of us, it involves putting profit aside for just a minute and focusing on a more important resource; the children.
Dr Flavius A B Akerele III
The ETeam
﻿
Posted by Flavius Akerele at 8:54 AM