I have a habit of jumping from subject to subject, but there are so many relevant and important topics out there that need a voice. A subject that I continue to be passionate about is the big issue of sexual assault in the military.


I want to share a story that I read in the San Diego Union Tribune that broke my heart to hear, it was titled: “Betrayed, not broken” (http://www.utsandiego.com/news/2013/apr/21/tp-betrayed-not-broken/).


“Amber Ramirez didn’t mention her military service when she arrived last spring at St. Vincent de Paul Village in downtown San Diego, desperate for a roof over her head. ■ Her brief time in the Army — cut short by a sexual assault, going absent without leave and an other-than-honorable discharge — didn’t make her a veteran, she thought. ■ Now she knows otherwise”.


“Nearly 3,200 documented sexual assaults in fiscal 2011 involved a service member, according to the Defense Department. In most cases, both victim and perpetrator were service members. The Pentagon estimates that only 14 percent of all assaults are reported”.


“In San Diego, nearly 20 percent of veterans in treatment for post-traumatic stress disorder report sexual assault as a reason, according to one study”.


“The Defense Department has faced criticism from Congress for not doing enough to prosecute sexual assault, especially as the number of women in uniform increases”. 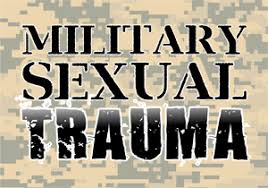 Please read the whole story, because she deserves a voice, too many voices stay silent with this issue. How can we ask women to serve honorably if there are people who are supposed to watch their backs who act dishonorably? Real men do not rape.


The ETeam
Posted by Flavius Akerele at 9:12 AM