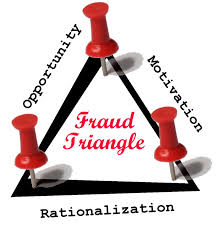 “One ringleader, the government said, recruited more than 40 people to apply as students for enrollment and aid, even though most had neither a high school diploma nor a GED, and were therefore ineligible to receive student aid. As a result, participants in that scheme alone received more than $665,000 in federal student aid. Meanwhile, two of the same ringleader’s brothers orchestrated a similar scheme”.

“The rings target mainly lower-cost institutions because student loans can easily cover tuition for their courses, resulting in a higher award balance -- known as a refund -- paid to the student. It is these financial aid refund awards that the crime rings are after. The student applicants have no intention of pursuing a degree, and often are not even eligible for the aid, authorities say. Instead, they take a cut of the financial aid refund proceeds, and turn the rest over to the ring leaders”.


This sort of fraud can ruin things for so many people as well as the schools themselves.


Another thing to keep your eyes open for because if the system is clean, it will last longer for students.


The ETeam
Posted by Flavius Akerele at 9:39 AM