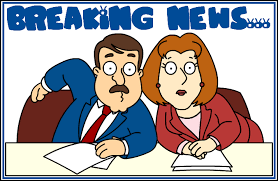 I read a few good insightful articles today, so I thought I would share three of them.

“Who Are You Calling Underprivileged?”

“The first mailing I received was a brochure that featured a photograph of African-American, Asian, and Latino teens standing around in a cluster, their faces full of laughter and joy. The title of the brochure was "Help for Underprivileged Students." At first I was confused: "Underprivileged" was not a word that I associated with myself. But there was the handout, with my name printed boldly on the surface.”

“What does "underprivileged" actually mean? According to most dictionaries, the word refers to a person who does not enjoy the same standard of living or rights as a majority of people in a society. I don’t fit that definition. Even though my family does not have a lot of money, we have always had enough to get by, and I have received an excellent education.”

“What angered me most about the label was why colleges would ever use such a term. Who wants to be called underprivileged? I’m sure that even those who have had no opportunities would not want their social status rubbed in their faces so blatantly. People should be referred to as underprivileged only if they’re the ones who are calling themselves that.”

Read it all here: http://chronicle.com/article/Who-Are-You-Calling/146719/?cid=at&utm_source=at&utm_medium=en

“The shooting rampage on Friday near the University of California at Santa Barbara, apparently motivated by the gunman’s anger at having been rejected by women, has sparked a broader discussion of violence against women on campuses and beyond. College students and young alumni raised their voices over the weekend on Twitter, responding to the hashtag #NotAllMen with the label #YesAllWomen.”

Read it all here: http://chronicle.com/article/NotAllMen-but-YesAllWomen-/146811/?cid=at&utm_source=at&utm_medium=en

“The Accrediting Commission for Community and Junior Colleges on Tuesday told U.S. Rep. Nancy Pelosi that it could not extend a July 31 deadline to revoke the City College of San Francisco’s accreditation, drawing sharp criticism from Ms. Pelosi and two other Democrats in Congress, the San Francisco Chronicle reported.”

“On Tuesday the commission released a letter to Ms. Pelosi responding to the Education Department official’s message, as well as a public statement explaining why it believed it could not extend the deadline on the college’s accreditation. The college has a temporary reprieve from the deadline pending the outcome of a trial, which is set to begin in October.”

Read it all here: http://chronicle.com/blogs/ticker/accreditor-tells-pelosi-it-cant-extend-deadline-on-city-college-of-san-francisco/78645?cid=at&utm_source=at&utm_medium=en
Enjoy the articles because they are all interesting and the subjects are relevant.

Posted by Flavius Akerele at 8:50 AM