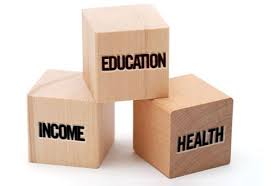 I am a first generation American; my parents are from countries in West and Central Africa. However, higher educational achievement has been a staple in my family for many generations (yes you heard me correctly and I am generation number seven), so stories of success are expected, they are not just prayed for. What is wrong with expecting high educational achievement from ourselves, and our kids, regardless of our cultures? What is wrong with people actually achieving it?

The first article I am going to share demonstrates how we still have a long way to go when it comes to culture and education. I use the word culture not race, because we are all the human race and skin color does not make a culture:

“Recently two black male high-school students made news when they each earned impressive numbers of acceptances to Ivy League Universities. Kwasi Enin is a first-generation American from Long Island, whose parents, who are nurses, emigrated from Ghana. He was accepted into all eight Ivy League colleges: Harvard, Yale, Princeton, Brown, Columbia, Cornell, Dartmouth, and Penn.”

“The other student, Avery Coffey, from Benjamin Banneker Academic High School, grew up in the impoverished 8th Ward of Washington. He was raised by his mother, a medical technician, and was accepted into Harvard, Yale, Princeton, Brown, and Penn.”

“A columnist in The Washington Post dismissed the achievements, saying far too much was being made of the story and choosing to use the occasion to write an article about “how we need to stop talking about the Ivy Leagues” so much, because they are overvalued. An article in USA Today announcing Enin’s accomplishments ignited a firestorm when some readers took offense to a passage that the newspaper has now edited out: A college-admissions expert from New York City was quoted as saying that because Enin was a first-generation American of Ghanaian descent, he wasn’t a “typical African-American kid.””

“These achievements deserve more than dismissal, qualification, and complaint, particularly given the low numbers of black students who even attend four-year colleges, much less those that are elite. Consider this: Almost 70 percent of blacks in the United States who receive college degrees do so from for-profit institutions or community colleges, not B.A.-granting four-year colleges and universities, much less those in the Ivy League.”

What these young men achieved is a statistical anomaly that goes beyond any culture, and it is a wonderful anomaly; we should all be proud of and celebrating it, not scoffing! How many people do you know who have achieved what they did regardless of culture?

This next story deserves more notice because there are people out there who go out every day trying to help students reach a goal that is normally out of reach for them (across all cultures):

“Tragic Death of an Idealist”

“This is the season when the press runs article after article about how it was harder to get into the Ivy League this year than it was last. The stories suggest that the admissions is about gatekeeping. Thursday's tragic accident in which a truck hit a bus carrying high school students to Humboldt State University is a reminder that there are many people and programs in admissions focused much more on opening gates than guarding them.”

“Among the 10 people killed was Arthur Arzola, 26, a Humboldt State admissions representative in Los Angeles and a graduate student in educational counseling at the University of La Verne. He not only recruited students for the program, but accompanied them on the long ride from Los Angeles to Humboldt State, the northernmost campus in the California State University System. While bodies are still being identified, 5 of the 10 dead are believed to be high school students.”

“Arzola was one of the reasons why scores of students from Los Angeles made the trip. He personally recruited them. He understood what it meant to work multiple jobs -- not all of them glamorous -- to achieve goals. On his Facebook page, he lists his work as being a graduate student; being an admissions representative; and being an associate at In-and-Out Burger.”

This young man lived a short life that meant something; he trying to pull people up with him as he rose. Why are we not celebrating his life a little more? Why do we focus on the typical education stories of achievement when this young man clearly was a high achiever?

We have long way to go in the United States when it comes to issues of culture, and yes there are many issues yet to be dealt with. However, this country can achieve anything when it sets its mind to doing so. I know that my blog will not solve the issues, but I hope it will start an honest conversation within us and with each other.