Lest we forget that this is still a problem… 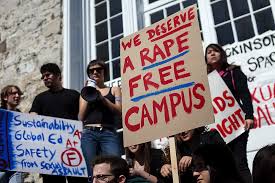 This is just a reminder that sexual assault on college campuses and the way they are handled is still a problem.

“A Star Player Accused, and a Flawed Rape Investigation”

“Tallahassee, Fla. — Early on the morning of Dec. 7, 2012, a freshman at Florida State University reported that she had been raped by a stranger somewhere off campus after a night of drinking at a popular Tallahassee bar called Potbelly’s.”


“As she gave her account to the police, several bruises began to appear, indicating recent trauma. Tests would later find semen on her underwear.”


“For nearly a year, the events of that evening remained a well-kept secret until the woman’s allegations burst into the open, roiling the university and threatening a prized asset: Jameis Winston, one of the marquee names of college football.”


“The case has unfolded as colleges and universities across the country are facing rising criticism over how they deal with sexual assault, as well as questions about whether athletes sometimes receive preferential treatment. The Times’s examination — based on police and university records, as well as interviews with people close to the case, including lawyers and sexual assault experts — found that, in the Winston case, Florida State did little to determine what had happened.”


Disgraceful handling! That is all I can say here about this. 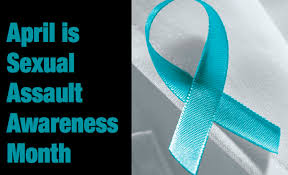 “Dartmouth College is running an advertising campaign touting its work to better prevent and respond to sexual violence on campus, to counter another online ad campaign by the women’s rights advocacy group UltraViolet, which says Dartmouth has a “rape problem.” Bloomberg Businessweek reported that the UltraViolet ads, which are aimed at prospective and current students and alumni, have been seen more than 60,000 times since they started running more than a week ago. The Dartmouth ads, which are running on websites including that of The Boston Globe, redirect readers to a web page describing how – “Consistent with President Obama’s call to action to address sexual assault” – the college is “making progress on a number of fronts.””

“Dartmouth is one of a few dozen colleges whose students filled Title IX complaints alleging the institution does not do enough to protect against sexual assault.”

Where there is smoke there is fire. You have a problem Dartmouth, and you need to handle it.
Until we all truly take this seriously, it will not be handled seriously. The message we are sending currently says we care more about covering ourselves than prevention and helping victims.

Posted by Flavius Akerele at 9:20 AM