The Death of Due Process: the playbook 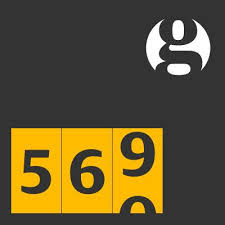 How to justify killing innocent people: a police playbook

1.      I feared for my life police justification: “The training says that, whenever you use deadly force, you have to be able to justify it. So to justify it, you have to say either I feared for the safety of myself or the safety of the public, and that this person was an extreme danger to either party,”
Also known as Obfuscation:  “to be evasive, unclear, or confusing”

2.    Character assassination: “the act of saying false things about a person usually in order to make the public stop liking or trusting that person”
This is what happens to the victims after they are killed.

3.      Due Process: “The Fifth Amendment says to the federal government that no one shall be "deprived of life, liberty or property without due process of law." The Fourteenth Amendment, ratified in 1868, uses the same eleven words, called the Due Process Clause, to describe a legal obligation of all states. These words have as their central promise an assurance that all levels of American government must operate within the law ("legality") and provide fair procedures”.
Nowhere in the constitution does it say you are to be executed for failure to comply with a police order (especially unlawful ones).

4.      4th Ammendment: “The right of the people to be secure in their persons, houses, papers, and effects, against unreasonable searches and seizures, shall not be violated, and no warrants shall issue, but upon probable cause, supported by oath or affirmation, and particularly describing the place to be searched, and the persons or things to be seized”.
This is routinely violated by officers of the law without consequence

“ALL ANIMALS ARE EQUAL, BUT SOME ANIMALS ARE MORE EQUAL THAN OTHERS” is not written in the laws anywhere and humans are not animals!

At some point, this country needs to acknowledge there is a racial divide, and that racial divide is based upon poverty. This divide is kept alive and well by so many sheep who fall into line to maintain this divide. There is no gray area; you either believe in the same laws for all or you are a hypocrite, and social media brings to light racial divisions that so much of America has.

PS, see you at the next murder of Civilians 569 and counting!