The Problem with Punishment 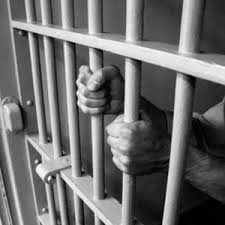 ﻿
We love to punish people in the United States of America; you could almost say it is national obsession. Case in point: “Incarceration in the United States of America is one of the main forms of punishment, rehabilitation, or both for the commission of felony and other offenses. The United States has the highest documented incarceration rate in the world. At year-end 2009, it was 743 adults incarcerated per 100,000 population”, that is over two and half million currently, does not include other forms of legal detention.


The trouble with a punishment-based society is that it does not work in the long run because the punishment is not consistent. What is legal in one state could be punishable in the state next door. A person could be on a cross-country journey and end up in jail because something they were doing at the beginning of the trip became a illegal after crossing an invisible line 600 miles later.


Then there are the elephants in the room in regards to punishment:

Kids do not need punishment they need discipline. Too much punishment leads to fear, and fear can lead to hate, and so on. Sometimes we think we are helping them but just brainwashing them.


Adults who break rules do not need punishment, they need education and opportunities. Just look at the recidivism rates for those are in this cycle of punishment, it is disgraceful (and society’s disgrace).


This is probably falling on deaf ears, however, let me end by saying: let us not always be in a hurry to punish, maybe we could rush to help instead and see real change happen.


The ETeam
Posted by Flavius Akerele at 12:02 PM