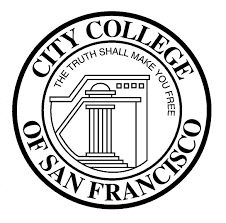 Remember, this is a school that has approximately 85,000 students; their futures are up in the air:

“The Accrediting Commission for Community and Junior Colleges said on Monday that it would not reconsider its 2013 decision to revoke City College of San Francisco’s accreditation, after an independent appeals panel ordered the commission to review the college’s compliance with accreditation standards.”

“The commission’s decision marks the end of the college’s appeal, but it still has one remedy available: It can apply for “restoration” status, which would give it an additional two years to meet the commission’s standards while retaining its accreditation. The commission proposed that new status last month, after its actions sparked a chorus of protests from policy makers and higher-education leaders.”

“A judge has also blocked the commission from revoking the college’s accreditation until the city’s lawsuit over the matter, which is set to go to trial in October, is resolved.”