Do you really know what your job description is?

Look at some of the classified job ads on the internet today, read the descriptions and then compare the descriptions to the titles. Now, take a look at your own job title and compare it to what you actually do. Does the information match?


Companies are obsessed with productivity nowadays, to the point where there are actual metrics for how much time you spend in the bathroom (seriously). Funny thing is, we are more productive than ever thanks to technology. It seems we are constantly plugged in to some kind of information stimuli, even when we should be relaxing, and companies seem to want to capitalize on this trend until they can discard you for the “newer model". There is no social contract at work, and the expected ramp up time for jobs is getting shorter and shorter.


Now back to the job description. The descriptions are so general or so all-inclusive that it borders on false advertising; and the reward for doing a good job is more work (with no pay increase). There are large companies that hire large amounts of people, but do not seem to understand why they have 50% to 100% turnover rates. Sure, they will blame it on the “metrics”, but human beings are more than just numbers and require more than just orders.


When was the last time you had one-on-ones with your employees and asked them about their family? When was the last time you gave a heartfelt thank you to all your employees just because? Some companies reward the top people because they want them to keep producing, then burn them out because they expect more and more from them all the time. These same companies punish everyone for not hitting the same goals as the top people; they punish until the employee has had enough and then the company has to start again with new people. Your most valuable employees are actually the ones who are there day in and day out being consistent: not everyone is going to be a superstar.


Companies are you being honest when you hire people or are you deliberately obfuscating? Do you have a long-term plan for your employees or are you running a puppy mill.

Posted by Flavius Akerele at 9:34 AM No comments:

There are a lot of common misconceptions it seems on what it means to be a patriot, now keep in mind this is just my opinion, but since I am highly educated educator I hope you will give my opinion some thought.

There are many people out there practicing what I call “false patriotism”. They will proclaim their love of country to everyone in the bar, but when that person of color who has served their country in uniform (even though you might not know) moves into your neighborhood you throw rocks at their window because you do not like the color of their skin.

There are many other examples I could give, but my point is this: true patriotism means, “love thy neighbor”. It means be a good person, and try to leave the world a better place than you found it. It means that after you are gone, people will still think of you with true love and honor your memory.

Look around you, and find the opportunities to be a patriot close to home and not just in the news.

The ETeam
﻿
Posted by Flavius Akerele at 10:51 PM No comments:

Imagine the political process with class..


Growing up, the phrase “manners maketh man” was the cornerstone of how we interacted with people; even those we disliked.


As we enter this early political season of presidential candidates, I have certain hopes, wishes, and dreams for the immediate future.


·         Imagine all candidates actually campaigned with viable solutions rather than platitudes…


·         Imagine all candidates stopped labeling themselves (and their opponents), just to score political points…


·         Imagine civil debates, where manners were observed, Roberts’s Rules of Order were actually followed, and the concern about the country was real…


This is a pipe dream for now, but nevertheless I continue to dream.


I always vote, I truly believe it is my civic duty, and I hope one day to vote in election that was memorable for its civility, and contribution the greater good of this country. 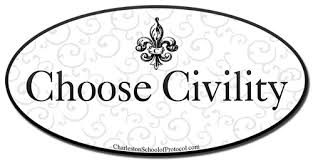 
The ETeam
Posted by Flavius Akerele at 7:20 PM No comments:

Look beyond skin color for just a moment...

Look beyond skin color for just a moment….

·         A realtor is shot by the sheriff while showing a house, and the sheriff simply walks away from the scene and none says anything

·         How many citizens in the last decade have committed suicide by shooting themselves in the back 12 times?

I could go on, and I know what some of you are thinking, which means you are missing the point. Take away skin color for just a moment, and ask yourself: does that really matter? Citizens are dead, they died tragically, and they died at the hands of people who are supposed to protect and serve them.

The common denominator is that the aggressors are cops, and that most of the citizens are poor or do not have a voice. Video and social media is changing this a little, but not much.

Wake up people! We have a military presence in our midst that by virtue of recent history has a clear mandate to harm citizens of this country. They are not part of community, they have their own community. They roll through your neighborhood like conquerors, and we fear them. That should be the argument. Not something as base and ignoble as skin color.

Posted by Flavius Akerele at 7:30 PM No comments: